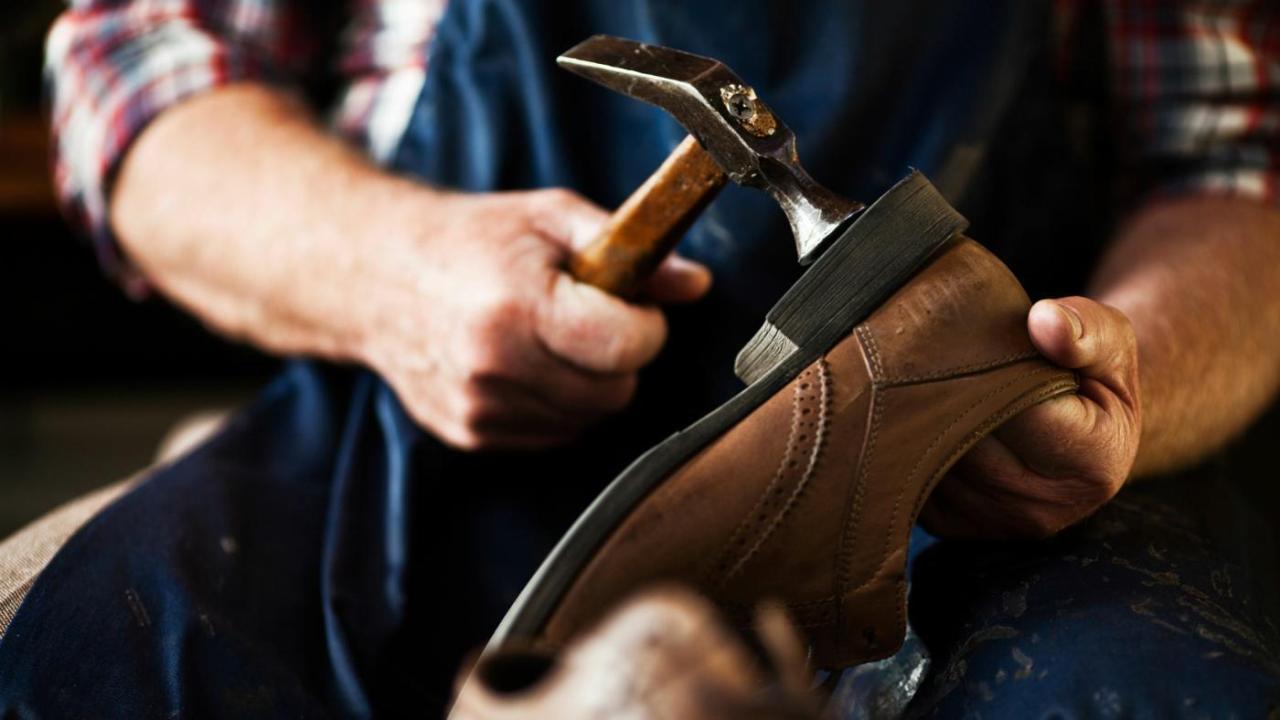 More than 25 years of being a “Cobbler” – in the space approved by the Government Authorities, Leather Industries and Municipal Corporation….

Bikshapathi a 50 year old cobbler is now in a troubling situation. The Story goes like this

He belongs to a lower income group with less than 5K income per month and has a 5 member family living on a professional cobbler business.

Bikshapathi operates a lidcap cobbler box (made of iron) at Kachiguda cross roads at a turning point towards Koti. For any onlooker, it looks like  he encroached the road with his store and obstructing the traffic. But the fact is, the road has been widened for the metro rail project. He has been facing warnings from the local traffic police to set back the store to make space for the free flow of the traffic. He tried doing it once but the box being  a 25 year old set up could not be moved (since the store lost its ground and could fall off) and he feared if he would lose the entire store as a consequence.

It’s on a turning point on the road and when he tried once to move the cobbler box by a 2 or 3 feet set off from the road, the building (which houses Big Bazar) behind his store warned him that he cannot set back his cobbler box without prior permission of the land lord and cannot touch the boundary wall of the building.

Bikshapathi has approached the Leather Industry manager who spoke to the land lord’s manager and an agreement has been drawn to set back the cobble box but with a gap of 3 feet from the boundary wall of the building. However, the cobbler box has lost its ground and cannot be reinstalled.

W.H.Y. Foundation has taken up this case to provide support for installing a new cobbler box costing 20,000 INR.