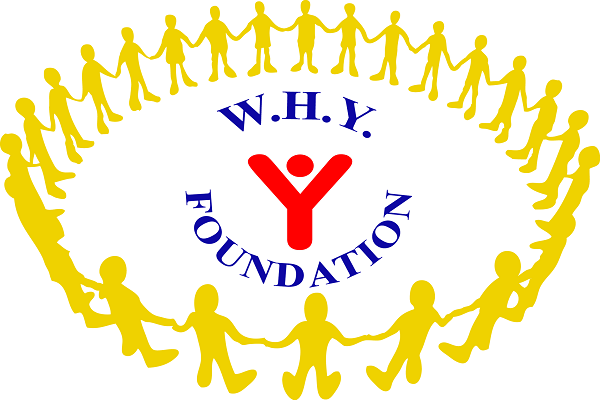 Though we were officially registered as W.H.Y. FOUNDATION on 18 th of August, 2007; we took a little time to actually plan our activities. There were so many things which we had to look about: Collaborating with Indian Red Cross Society, printing of letter heads and banners, talking to the organizations to conduct our activities in their premises and etc…etc….

Finally after much thought and planning, on 29 th of September, 2007; we decided and assembled at bus station (6:30 AM) to catch a bus to Nizamabad with a bit of anxiety and dilemma. It was a four hour journey. The reason being the visit to the government girls high school to kick off our first and foremost activity i.e. computer training (MS Office). This school was identified with the help of a colleague whose mother works as a teacher in that school. All the correspondence was taken care of by our colleague and his mother and we never contacted them even through phone conversation.

We were four people who visited the school and we had no idea as to how will we conduct the program or as to how would be the response from the students there. We went there with blank minds and we were all dumbstruck. All that we knew was to educate them on computer and give them the necessary training.

We got ourselves introduced to the school management and then they took us to the computer lab in their school premises. At the very first glance of the lab, we went wordless and didn’t know where to start with. It was as good as a store room. We were told that nobody took care of the systems and due to the wreckage of the computer platform, all the systems were disconnected and were lying unused since two years.

We then for a while were carried away by the terrible situation there and we were almost down, since it was our first activity. Then after sometime, we all decided and rolled up our sleeves to clean the room with the help of the school maidens.  Then we slowly started putting the systems and installing them in a proper condition. After almost a two hour fight we could install all the systems and found that we could successfully run 5 systems out of total 10. When we saw our watches, it was 12:30 in the afternoon.

We were told that it was a lunch hour for the students and they would return back at 2PM. And that one hour time was a resting time for all of us. Then slowly there entered the students into the computer lab one by one. And within ten minutes the room was full with 30 students and teachers.

Then we slowly started interacting with the class by introducing ourselves and then asking some questions on as to whether they know about W.H.Y. we were there in a computer lab and what are we going to do? It seemed as if the school management has taken that initiative to brief the students about our visit and we felt very happy by seeing their response to our questions.

Then from a casual chat, the class was taken to an introductory session about the computers and then on to a main topic of MS Office and its subsets like Word, Excel and Power point. And it was the end of the session and also the end of the day for the students at 5PM.

The second day of the visit started on Sunday, 30 th of Sep, 2007. The session started around 10:30 AM and ended at 2:30 PM. Finally all the students were gathered at one place and were asked to speak about their two session experience with our teaching style and how they felt about the training. And the response was A HUGE APPLAUSE. We were happy to see that all of them were screaming and were competing with each other to voice their opinion. Even the school management team has realized our importance and promised to facilitate us with the repairing of the remaining systems by the time of the next visit so that we can focus and learn more in less time due to the sharing of the systems within a group of 5 to 6 people.

Finally, it was the time for us to leave back to Hyderabad to catch up with the routine life (office) from Monday. To end the session, we had a photo shoot with the students and all went well with the first activity after a chocolate distribution programme to the students.