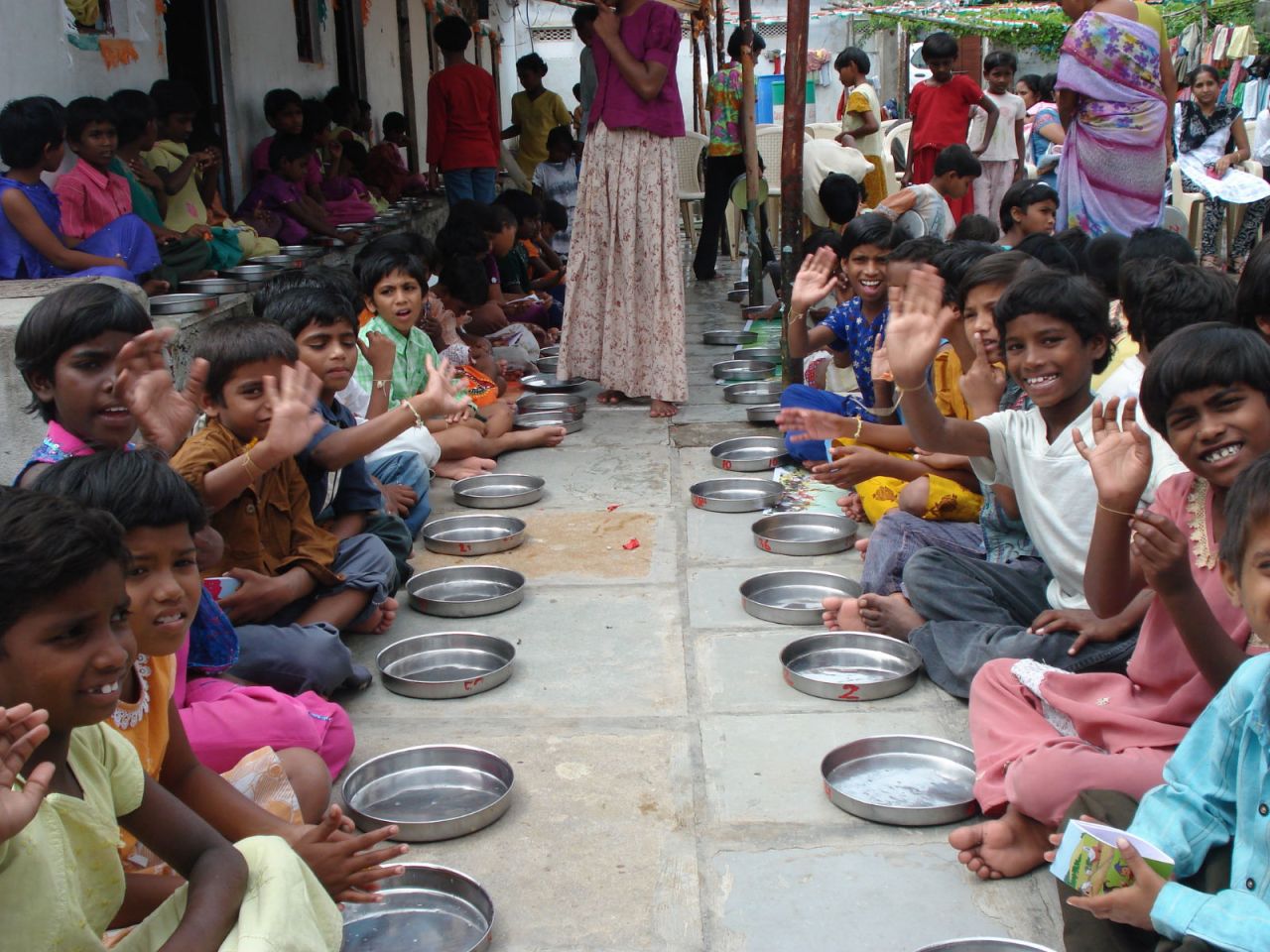 Finally, the day (17th Aug, 08 – Sunday) has come which called for a celebration…..
First Anniversary of W.H.Y.
W.H.Y. celebrated its anniversary in an orphanage to give a meaning to the celebrations.

It was totally an enriching experience which taught us yet another time the value of the togetherness and collective efforts. The entire event went like this:
• Heavy pouring of rain the night before the event
• Orphanage drowned in the water
• The logistics for the event held up due to a damaged road on the way to orphanage
• Event getting delayed by two hours against as planned

All the plans of the event came to stand still yet another time leaving us no hope to proceed further. But as they say, he who never quits will succeed……

While we were busy in rain water evacuation, it was a surprise to us that the invitees to the event rolled up their sleeves and helped us with the unloading of the material to the orphanage from the main road, since the road was damaged due to the rain last night.

After all these efforts, luckily the sun came up giving us back the reason to cheer.

The event started at around 1 PM where we had a cake cutting by the kids followed by the unveiling of the W.H.Y. “Souvenir”. The parents of the founder trustees of W.H.Y. were also invited where they shared their thoughts with the entire audience about the foundation and also the event. We were all blessed by them to take up many more activities in the future to come.

Soon different games and competitions took up an attraction to the event where kids had a chance to show case their talents in singing, drawing and various other games. It was time for a sumptuous lunch which was an agenda item for the day. All kids gathered and we were all amazed by their dignified behavior and prayers before the lunch plates.

W.H.Y. has given away a list of things which formed the very basic needs of the children like stationery, hosiery, water purifier and several other items which can cater to their needs for next couple of months.

At the end of the day, when we relax back and think of the whole event, we all could realize the ultimate satisfaction in giving away to the under privileged people which can make a difference to their lives. While these people do get fed and clothed, what they lack is someone to hug and talk with and we think we have taken that step forward in this endeavor and thanks to the almighty for enabling us by all means to support such destitute people.

Spare a moment to share this good work in your networks